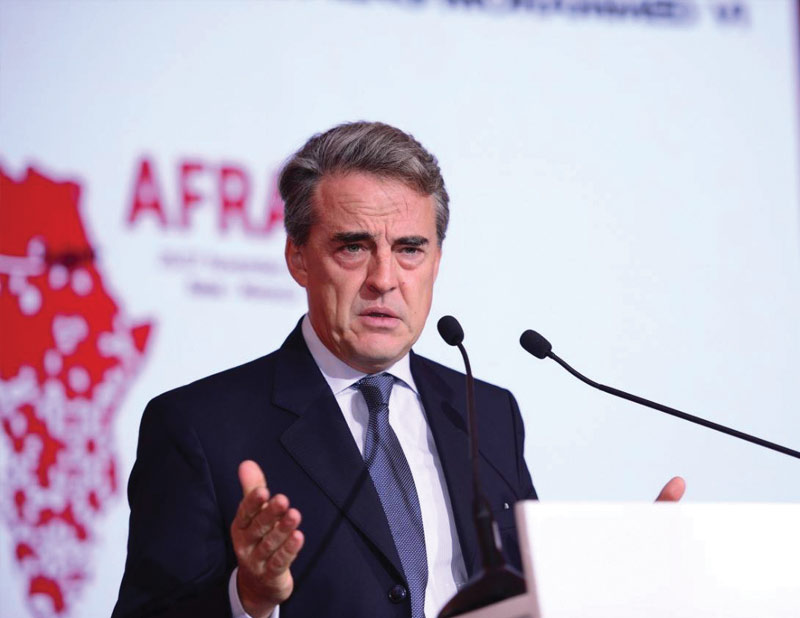 Morocco is a great place for the AFRAA AGA. It is one of the fastest growing economies in Africa. The government has understood the power of aviation to catalyze economic activity. And they set policies that enhance competition and foster the growth of connectivity.

As a result, tourism is a major source of jobs and growth. And Morocco has taken on a regional leadership role, with West-African countries relying on its growing hubs in Casa-blanca and Marrakesh. Other countries on the continent should be inspired by this successful model.

AFRAA and IATA are partners in supporting a safe, secure and sustainable air transport sector that contributes to Africa’s economic growth and development. Indeed we recently strengthened our co-operation with an agreement to re-inforce the importance of the implementation of global standards by African governments.

There are two examples where our co-operation is at the top of the agenda.

The first is safety. The Abuja Declaration committed Africa’s governments to achieve world-class safety. With no jet hull losses for two years running and two years free of any fatalities on any aircraft type it is clear that progress is being made. There is, of course, still more to do. We are asking governments to drive additional improvements with two concrete actions:

1. First, recognize IATA Operational Safety Audit programme in safety oversight. Egypt recently renewed its commitment to this. And we have made progress with Rwanda and Zimbabwe as well. We need more governments to follow their good example. With IOSA carriers outperforming those not on the registry by nearly three ti mes – we have a convincing argument

2. The second is adoption of International Civil Aviation Organisation Standards and Recommended practices Only 24 African states comply with at least 60% of ICAO SARPS. Quite simply, that is not good enough for an industry that depends on global standards for safety. To support greater implementation we are encouraging governments across the continent to allocate resources, ensure the independence of safety oversight bodies and co-operate region-ally where pooled resources can improve both speed and efficiency.

The other area of co-operation that I must highlight is on environmental sustainability. The Carbon Offsetting and Reduction Scheme for International Aviation (CORSIA) begins on January 1, 2019. From then, all airlines must begin reporting their emissions. If you need help in getting ready for this, please call on the IATA and AFRAA teams who are working together to support your needs